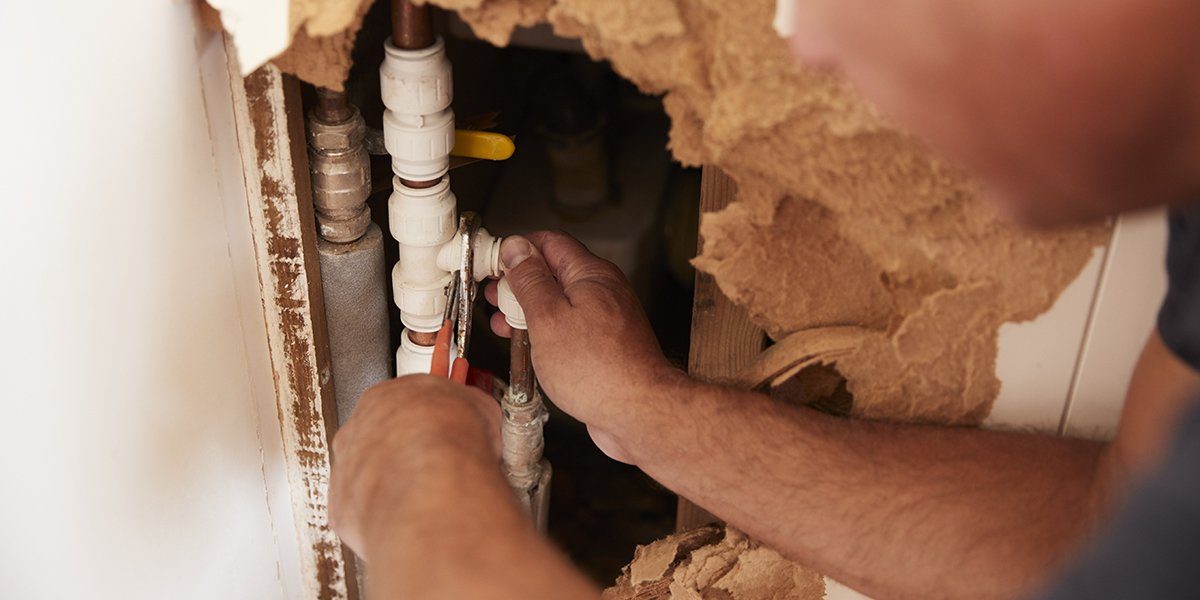 Why do pipes burst in the winter? A burst pipe is one of the most catastrophic plumbing disasters homeowners face. The cold and snowy weather that keeps people inside on winter days also puts homeowners at risk of burst pipes.

Advantage Plumbing & Sewer Co. are Aurora’s plumbing experts. We can handle burst pipes quickly and help homeowners protect their pipes from wear and tear. As you get ready for next winter, plan to winterize your plumbing system and develop a comprehensive plan to look after your pipes throughout the season.

Pipes weather many challenges year-round, and several of these issues grow more pronounced in the winter. A burst pipe is the top plumbing risk during cold weather.

Considering the many answers to the question “Why do pipes burst in the winter?” is the first step to preventing this problem.

In winter, the temperature can change rapidly from day to night as cold and warm fronts move in. Unless you insulate your pipes against temperature changes, the pipes will contract, stressing joints and valves.

Blockages due to ice formation are another cause of clogged and burst pipes. Water expands when it turns to ice. If water freezes within the confines of a pipe, it will press outward against its walls.

If the ice obstructs the drain pipe, the water pressure can increase above the blockage. This pressure can place additional strain on the pipe.

Sewer pipes often pass by trees as they lead from the home to the sewer system. Tree roots can work their way into the sewer pipe. As they block the pipe, they can accumulate dirt and debris.

Once the roots completely obstruct water flow, the increased pressure can cause more breaks.

Tree roots can also infiltrate water pipes that bring water to your home. This growth causes a loss of water pressure to showers and faucets and wastes water.

Tree roots tend to grow more in the spring or summer, but they can still grow in the winter to draw more nutrients from the soil. If cold causes some roots to die during the winter, the tree might stimulate new root growth to recover from the damage.

Cold weather typically brings snow and ice. If the outside temperature varies between freezing and above-freezing conditions, melting water could flow into pipes. Metal pipes are especially vulnerable to rusting.

The question “Why do pipes burst in the winter?” is often less important than the question, “How do I prevent pipes from bursting in the winter?” The following maintenance and winterization tips will help you avoid some of the most common causes of burst pipes.

Signs of Frozen or Obstructed Pipes

You might face extensive water damage if you wait until a pipe bursts before calling a plumber. You will have a better outcome if you can identify and manage risk factors before your pipes lose structural integrity.

Call a plumber if you notice the following signs in your home.

If your water intake pipes have ice blockages or obstruction, any faucets or showers downstream of the blockage will lose water pressure.

Condensation on the Exterior of Pipe Surfaces

When water vapor in the air contacts a cold surface, it can condense into a liquid form. If condensation or ice crystals form on pipes, the interior is likely to be cold as well.

A pipe might develop a leak before it bursts. Watch for any deformation or leakage from visible pipes.

Do You Have a Burst Pipe?

If you notice any of the following problems, particularly in the winter, you might already have a burst pipe. The sooner you can identify the source of the problem, the easier it will be to contain and repair any water damage.

Keep the heat in your home above 62 degrees Fahrenheit.

How to Respond to a Burst Pipe

Once you have answered the question, “Why do pipes burst in the winter?”, you will be in a better position to act quickly if a pipe bursts.

If you believe a pipe has burst in your home, call an emergency plumber with experience in thawing and repairing frozen and burst pipes. While you wait for the plumber, shut off the water supply to any burst intake pipes.

Keep in mind that if one pipe in your home is frozen or burst, other pipes could also burst or be at risk of bursting. Even if you believe you have identified the location of a burst pipe on your property, know that you could be dealing with multiple breaks at different locations.

Keep Your Pipes from Bursting with Advantage Plumbing & Sewer Co. of Elgin, IL

If you’re worried about the effect of frozen water, tree roots, rust, and other threats to your pipes, call Advantage Plumbing & Sewer Co. at (847) 268-3553. We offer emergency and non-emergency services to address water damage, thaw a frozen pipe, and inspect for issues that increase the risk of pipes freezing.

Once you contact Advantage Plumbing & Sewer Co., let the professionals worry about questions like “Why do pipes burst in the winter?” Be proactive in fixing plumbing problems as soon as they occur and prevent new problems from occurring. Develop a comprehensive maintenance plan with an experienced professional plumber, and learn how to prevent pipes from freezing.

How to Fix a Gurgling Bathroom Sink: Steps from the Pros
January 30, 2023

How to Remove Rust from Inside Pipes: Best Methods
January 10, 2023

6 Most Crucial Plumbing Fixtures in Your Home
December 30, 2022

What Tools Do Plumbers Use: The Essentials
December 20, 2022

3 Types of Faucet Handles to Consider for Your New Home
December 10, 2022